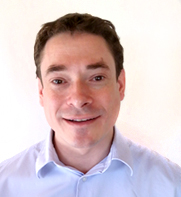 Ben began his seismic career at Western Geophysical in 1997 as an Observer. He has worked extensively in the main offshore oil and gas operating regions on projects in Africa, Europe, the Middle East, North & South America and South East Asia. He worked his way up offshore with WesternGeco, CGG and SeaBird to the role of Party Chief. The latter part of his offshore career was spent working in Australia, NZ and the wider SE Asia region. He started his onshore career as a rigging team supervisor and later took up the roles of Operations Manager followed by Sales and Marketing Manager at SeaBird Exploration. Ben has extensive first-hand, technical, safety, environmental and commercial knowledge which is delivering value to EPI clients.
On a personal level, Ben is an avid reader both of the classics and modern literature – everything from William Boyd to Charles Dickens. He really likes classic cars, and loves to cook, but most of all is a family man, ‘I have a super wife, Joanna & three particularly lovely children: Amelia 11, Ptolemy 8 and Flora 5.’ Says Ben, adding ‘They are all really looking forward to the outdoor life in Perth having lived in Dubai for 3 years.’